in Reflections
by Adrian Scott
0 Comments 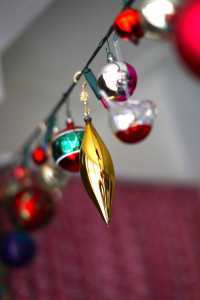 The white, crisp pillowcase and freshly laundered school sock were the harbingers of Christmas magic when I was a boy. I would lay them out at the end of my bed on Christmas Eve and finally drift into the dark womb of a pregnant sleep. Only to wake often before dawn, and find the flat emptiness of the recipient items replaced by a lumpy, crackling fullness.

Last Sunday I went with a good friend to the Royal Oak, Dungworth, in the next valley to mine in Sheffield. We queued for forty minutes to the rich country smell of slurry. Then at some secret signal the welcoming doors swung open and we filed in, first to the bar – two pints each and then to a spot in a corner as the pub filled to overflowing. Perched on the seat of a little pedal organ was a lovely lady who began to play with a pumping rhythm that had the knees moving and the shoulders swaying.

Everyone had little books with the words to traditional Sheffield carols and folk songs, which they held before them, though many know the words by heart. This was no churchy performance with a choir and robed clergy presiding. It was an earthy, full-throated welcome to the swaddled child and the dark magic of holly and ivy. Many of the carols spoke of lords and serfs and the splendid glory of angelic visitation to nighttime shepherds akin to the denizens of the Royal Oak.

A wonderfully grey haired and bearded man with shining eyes stood opposite me and closed his eyes at the climax of each carol in an attitude of reverence seldom seen in the pews. I fought to the bar for another refreshing pint of farmer’s bitter; glasses passed over heads and money flowing back to the landlady’s pink plattered palms. A solo was sung by an age lined lady praying that the message of the poor child in a Bethlehem stable would warm the hearts of the callous and powerful.

This, for me, was the adult version of the pillow’s pregnant fullness from my childhood. Unlooked for, unexpected the joy of a season older than the birth that now names it. The heart rises, the belly fills with beer, and the diaphragm expands to breathe in enough air to belt out the next refrain. These were not the hackneyed songs and carols of every shop and mall in consumer-land. The words vary from valley to valley and the dales and moors are the stark and beautiful backdrop to this visceral caroling.

Eating baked potatoes and drinking strong tea later we read the poetry of the season. These lines from the peasant poet of Ireland Patrick Kavanagh resonated with the singing of earlier.

A John the Baptist bird which comes before
The light, chooses an aerial
Toothed like a garden rake, puts a prong at each shoulder,
Opens its beak and becomes a thurifer
Blessing dark above dank holes between the houses,
Sleek patios or rag-and-weed-choked messes.

The steam coming from the cold, messiah announcing Blackbird’s lungs become the incense that hallows the stable birth. The dark and dank passages between the houses are blessed and we who sang in the pub were blessed and were blessers too.